A Time-Travellers Pocket: What secrets do 200 years of pockets hold? 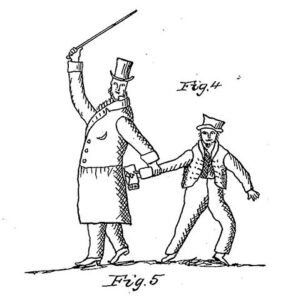 Can we map citizens by their pockets?

Not in terms of what is IN their pockets (though this is super interesting too) but by the changing shape, position and purpose of pockets. Are there really that many pockets? How many different kinds of pockets have there been? Can we travel through time in pockets? What can they tell us about changes in roles and responsibilities, travel, mobility, gender relations, power and politics over time?

It turns out a LOT.

Pockets are easy to overlook and under appreciate. That is, of course, until you find them missing or malfunctioning. Holes form and things get lost or wearers get frustrated by the lack of or limitation over small sized pockets (mostly by women!).

Yet, pockets hold more than just stuff and hands. They hold stories. They are themselves data. It is no surprise that pockets have long attracted the attention of feminist scholars. It is well known that pockets hold powerful practical and symbolic power. They point to roles and responsibilities, of capabilities and capacity for social, cultural, financial and political action.

Can we travel through time in pockets?

Pockets for women, have always been incredibly important, as they have long provided personal, private space and the ability to have and carry property, especially when these rights have largely been absent elsewhere. Barbara Burman and Ariane Fennetaux’s (2020) work on pockets is especially valuable.  They argue that the pocket ‘offers a fresh way of thinking about women’s lives’ (2020, 21).  And, as Shahidha Bari writes, ‘The question of how we carry is predicated by our right to possess things at all’ (2019, 249).

In 1892, Charlotte Perkins Gilman wrote a story ‘If I Were A Man’ in which a woman awakes to find herself in her husband’s body and spends a day in his life. Gilman conveys through this character’s experience a profound sense of freedom that came from being dressed as a man and to move freely in the urban landscape. She focuses specifically on his pockets. ‘Of course she had known they were there, had counted them, made fun of them, mended them, even envied them; but she had never dreamed of how it felt to have pockets’ (2006, 58).

At POP we have been collating patents for pockets. And there are a LOT of them in the dataset.

It turns out people all over the world – and unsurprisingly, women in particular – have been annoyed by, worried enough or fascinated by the potential of pockets to want to fix, modify, transform or otherwise radically change them for a very long time. There are over 22,000 patents for pockets in our dataset (both dedicated patents just for pockets and pockets in other inventions).

As we have said in previous posts, what is fascinating about patent data is the detail they offer about social life. This is especially interesting when mapped and analysed over time. We have data spanning 200 years. In patents, inventors identify problems and describe solutions. In the context of pockets, we can analyse this data for insights into what is considered valuable and worth keeping safe, who gets permission to carry what kinds of things and the changing nature of the risks and threats.

Patents for pockets reveal how the pocket itself is as fascinating as the many things it carries.

Following are a sample of some of the more fascinating examples we are examining:

It turns out people all over the world – and unsurprisingly, women in particular – have been annoyed by, worried enough or fascinated by the potential of pockets to want to fix, modify, transform or otherwise radically change them for a very long time.

Our earliest pocket patent (so far) is from 1841. Daniel Harrington, of Pennsylvania, invented a new kind of “safety pocket” to “secure against the depredations of ordinary thieves or pickpockets”. Safety Pockets were a specific type of pocket designed in response to the growth of populated urban areas, and increased interactions between different types of citizens. Theft was a big concern.

Harrington addresses the problem by attaching a metallic chain or thread across the opening and sides of the pocket to prevent it being slashed and the contents stolen. This invention “protecting or shielding against such cutting implements as thieves are in the habit of using”. 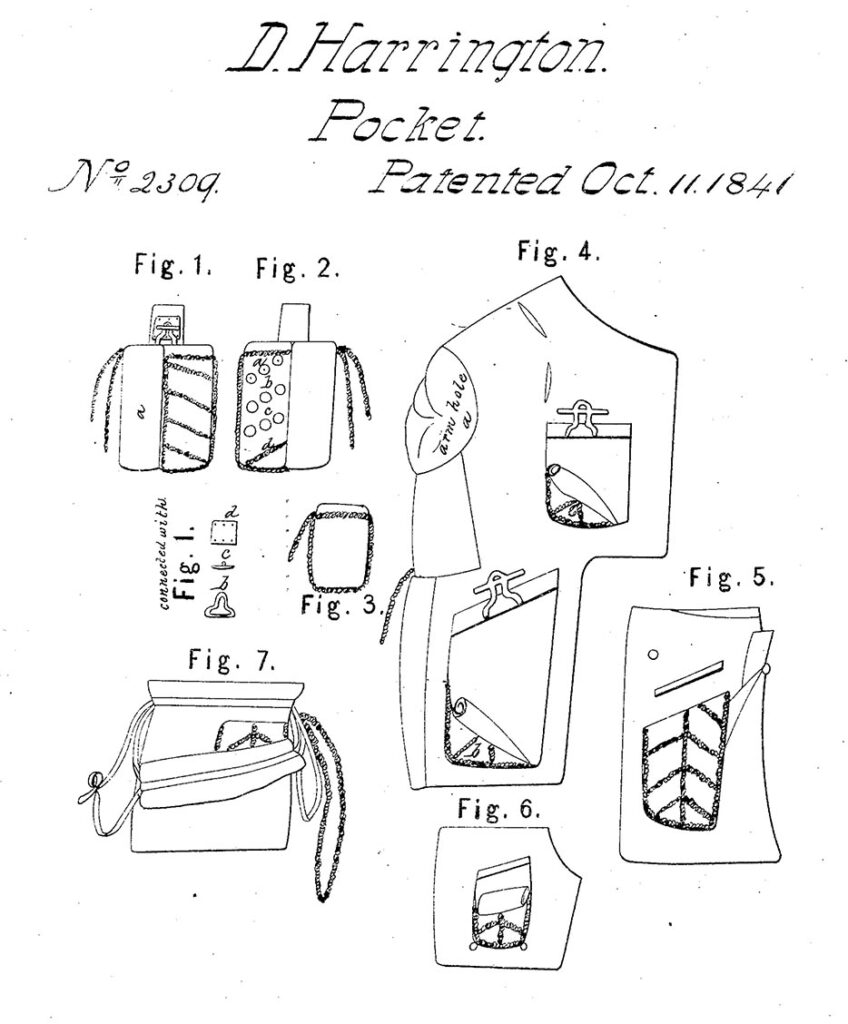 In 1859, Isaac Goodspeed, of Norwich, in the county of New London, Connecticut, invented a ‘Burglar Alarm’. This patent is particular interesting for its description and illustration. His invention consisted  “of a shell or case of such form and size, as to be conveniently carried about the person with suitable mechanism enclosed therein”. It operated by a rather impressive sounding “explosion of a percussion cap upon the removal of any article to which the alarm is attached”.

The illustration reveals this in action. The wearer is a middle-upper class gentleman in an outside public space. He is being robbed by a small boy of his “pocket book”. However, the theft from his pocket is foiled due to the alarm.

The image of the door further more shows how the wearer could use it to protect themselves when staying away from home. The inventor shows the application of the invention “as a burglar alarm, being attached to the inside of the door, of a room in which a traveler is supposed to have retired for the night.” 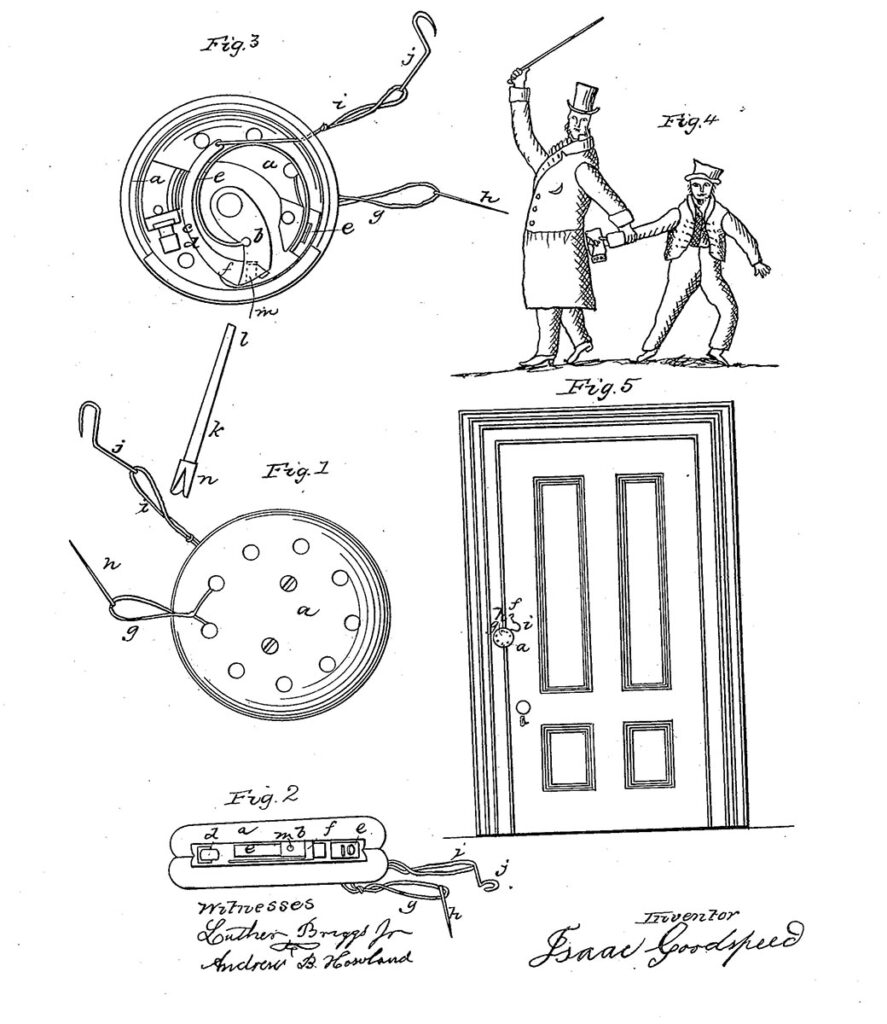 There are many patents for alarmed pockets invented for and by men. This reflects what is known about men’s pockets. How they tend to be visible and on show – demonstrating power and property – and thus in need of alarms, while women’s pockets are less on display, more often hidden or concealed. ‘There is evidence from the extant clothing itself, and elsewhere,’ writes Burman, ‘that women were not able to rely on practical pockets being readily available in their clothing, whereas a man could assume his ready- made or bespoke suit or coat would be liberally provided with pockets’ (2002, 453).

Take this alternate example of a women’s pocket invention.

In 1898 Blanche Ward, a gentlewoman of South London invented what she called (in a tongue twister) ‘Improvements in Dress-Pocket Protectors against Pocket-Picking’. This device is a pocket attachment whereby ‘the easy insertion of a hand is obstructed and prevented unless a certain amount of pressure and expansion of the hand is used by one who is aware’. With knowledge of how the hinged spring closure operated, the wearer could still access the pocket, while a thief would be surprised by the obstacle and in the process of failing to gain access would alert the wearer to the attempted theft. 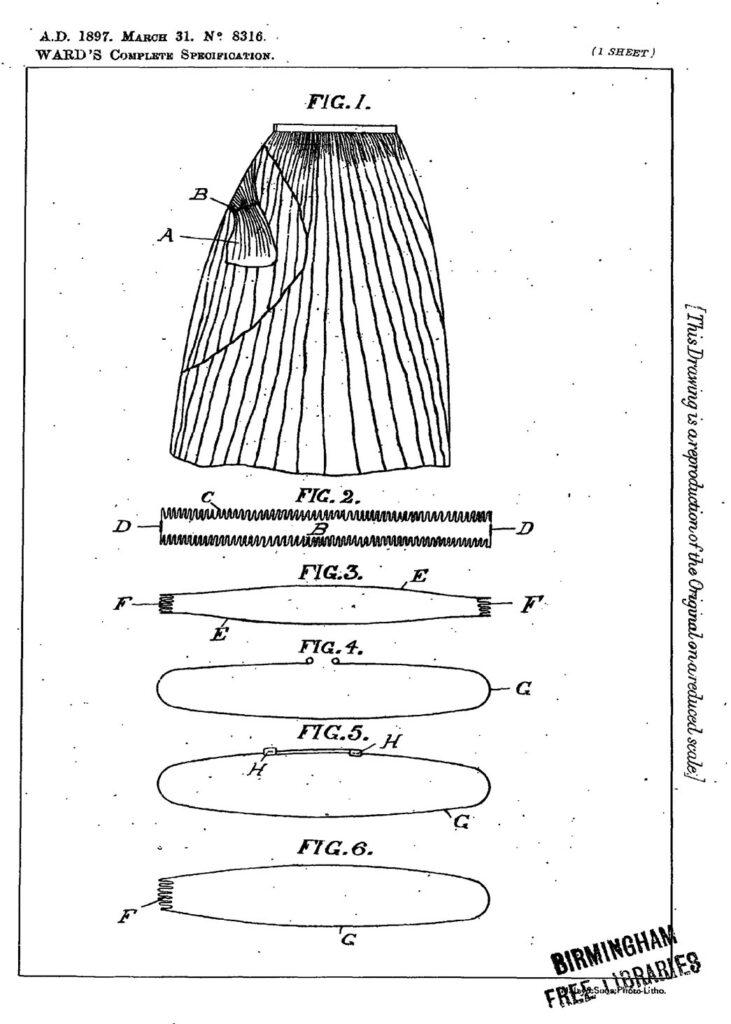 Pockets have become even more important as people became more mobile. The popularity of the bicycle and motorcar along with women moving into the workforce catalyzed a plethora in pockets (what is a collective noun for pockets?). People need unburdened hands to operate handlebars, steering wheels and other kinds of machinery.

I’ve written at length about this 1896 example in the Bikes & Bloomers project. There are many fascinating elements in Frances Henriette Müller’sconvertible cycling suit, but one particular striking thing is the number of pockets – she says it should have at least five and recommends putting in more if needed. And, as we discovered in making and wearing this costume, her concealed converting mechanism creates even more! 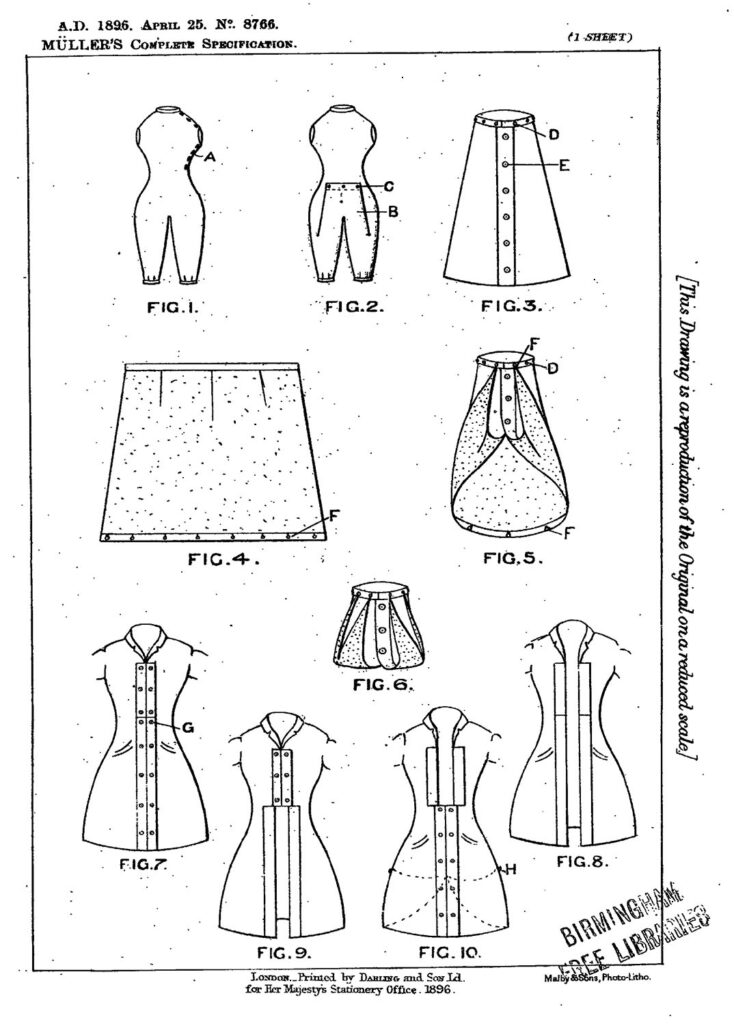 Pat.  GB189608766AFrances Henriette Müller’s 1896 ‘Improvements in Ladies’ Garment for Cycling and other purposes’

The POP patent dataset is filled with inventions for creative pockets by and for women. Here is one more.

In 1882 Sarah Cunningham set her sights on making life better for female workers. She invented a combination “Lunch Recepticle and Muff”. She explains: “In large cities and manufacturing towns where ladies are employed as shop-girls, sewing-girls, sales-women, and the like it is an important desideratum to carry a noonday lunch with them to their places of business, and to afford means to do this most conveniently and with the greatest amount of comfort.”

Cunningham’s invention aimed “to afford means not only for carrying different articles of food by themselves, but also means for carrying tea or coffee, the heat of which serves to keep the hands of the wearer warm during the passage”. 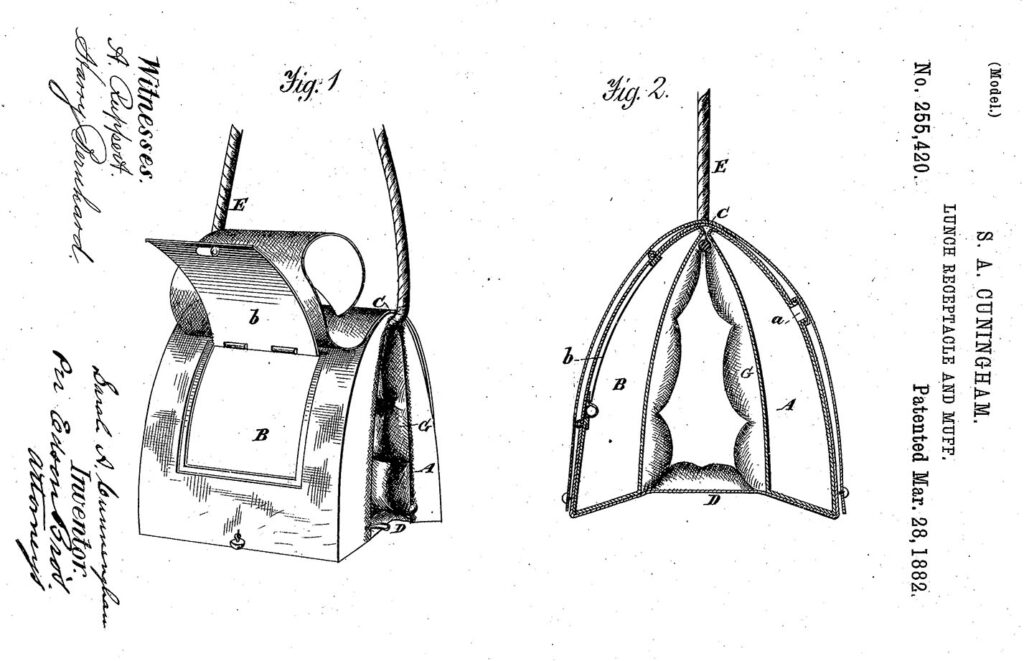 There are many more amazing examples. I finish with a very recent one to show the breadth of pockets in the archive.

In 2012 Zhan Xieqiong, a resident of China invented an ‘Anti-radiation trouser pocket’. This pocket is equipped to take on enhanced health responsibilities, such as radiation blockers, in recognition that the devices we carry with us on a daily basis emit radiofrequency radiation. The inventor views the mobile phone as a potential source of danger. Zhan’s invention is designed to hold and safely carry a mobile phone. Interestingly, the pocket is also mobile. It can be detached and re-attached to different articles of clothing. 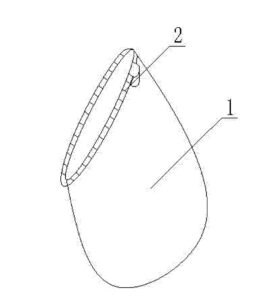 What kinds of pockets are you wearing? What would they tell a future researcher about you and your life?

Although this is a small number of examples, they nevertheless provide a glimpse of a span of time and topics: from urban industrialization, which mark pockets as sites of vulnerability and insecurity to new forms of mobility which catalysed the need for personal and private spaces to new digital technologies, with their attending potential for radiation leaks. These patents remind us that a range of risks and threats come not only from outside the body but increasingly what lies close to it.

Pockets themselves, not just what is in them, hold a lot of data about the past. They tell us a great deal about the problems and possibilities of different lives.

What kinds of pockets are you wearing?

What would they tell a future researcher about you and your life? 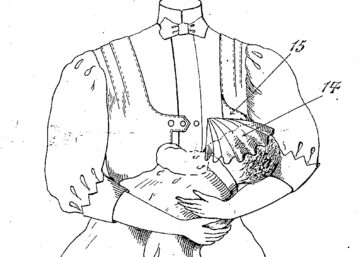 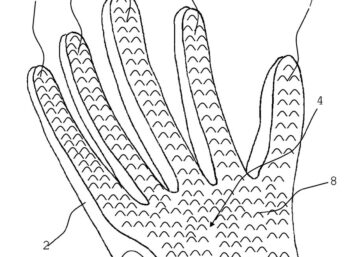 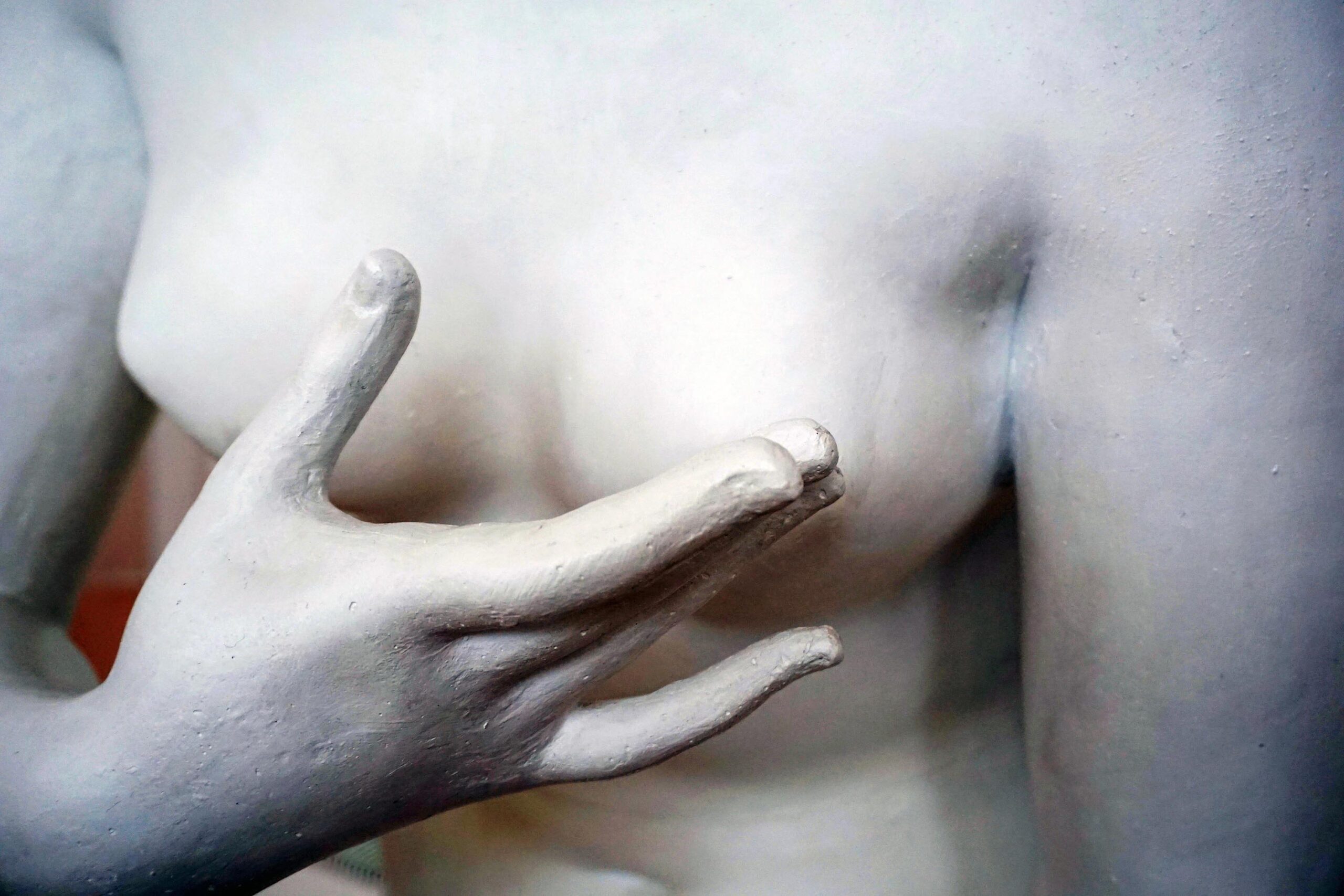 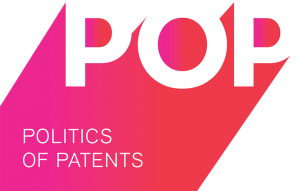